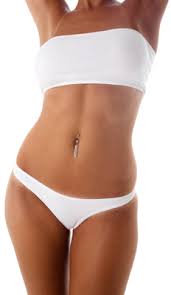 Sermorelin(GHRH) is a bio-identical hormone that has recently been genetically engineered to stimulate the secretion of Growth Hormone Releasing Hormone (GHRH) from the hypothalamus, a gland adjacent to the pituitary gland.

GHRH is a peptide that contains the first 29 amino acids of our own GH. These 29 amino acids are the active amino acids of GHRH. It is GHRH that stimulates the pituitary glands to release GH. As we get older, the hormones produced by the anterior pituitary are depleted. It has now been shown that GHRH can restore the GH-RNA to a youthful level causing elevation of levels of IGF-1.

How does Sermorelin come?

Sermorelin is presented in a multi-dosed, injectable vial.  Each vial contains a powder disc which contains 15mg (15,000 micrograms) of lyophilized Sermorelin Acetate. The vial is vacuum sealed by the pharmacy for your protection and for the preservation of the hormone peptide.  Each Sermorelin vial also comes with a bottle of Bacteriostatic Water as a diluent.  The Bacteriostatic Water is mixed with the Sermorelin to provide solution for injection.  Administration and storage instructions will be provided with your prescription.

How do I take Sermorelin?

Sermorelin is injected into the body fat, subcutaneously, using a very small needle similar to what a diabetic uses to inject insulin.  Injections are initially prescribed for every day and are decreased in frequency over time.

When do I take Sermorelin?

The best time to take Sermorelin is prior to bedtime.  Growth Hormone is primarily released during sleep and most beneficial to the body’s recovery and repair during this time.  Sermorelin has a promoting effect on sleep and can therefore make you tired if taken during the day.

How do you measure the effectiveness of Sermorelin?

Due to the pulsatile nature of both endogenous HGH and IGF-1, a single blood draw is not sufficient for accurate measurement.   Most physicians who prescribe Sermorelin and similar peptides measure effectiveness in patients through symptomology (the study of your symptoms-see benefits); physical appearance and measurements; and more frequent blood analysis.

How will I know its working?

After 4 years of observing patients taking Sermorelin, I have noticed that patients usually report improved sleep within the first few weeks of therapy.  Of course, this is only noticed in patients who have trouble sleeping in the first place, however most patients at least notice an increase in sleep quality.  This is usually concurrent with increased energy levels and improved mood.  After 3-6 months of therapy patients start reporting noticeable or significant body changes, such as increase in muscle tone and a leaner physique. Over time patients will also notice a significant improvement in skin tone and health.

How long does it take to work?

Just like most peptide hormones, Sermorelin usually has a “loading” period of 3-6 months before full effects are noticed.  Once injected, both Sermorelin and rHGH are eliminated from then body very quickly and therefore need to be injected frequently.  Its actions are dependent on a chain reaction of biological processes which result in elevated and sustained HGH and growth factors.  It takes some time for levels to become optimal and initiate the benefits we are seeking to achieve.

Do I need to take Sermorelin forever to keep seeing results?

Actually, no.  Sermorelin has an ongoing effect in which optimal HGH levels can be sustained long after the last injection.  Just like synthetic HGH, Sermorelin initially must be injected every day.  Unlike synthetic HGH, once optimal levels are sustained with Sermorelin injection frequencies can be decreased or stopped altogether.  Once results are achieved, patients are then switched to a maintenance protocol eliminating the need for ongoing daily injections and reducing the total cost of therapy!